The City of Oklahoma City is seeking to provide $2 million in economic incentives to finalize a deal with SkyWest Airlines which would result in a large new maintenance facility at Will Rogers World Airport and the creation of 375 new jobs over the next five years. The Oklahoma City Economic Development trust will decide in its meeting next week whether to allocate the incentives from funds earmarked for job creation and raised through the issuance of a general obligation bond. Similar funds are included in the up-coming election to decision on a new G.O. bond.

The airline employs more than 12,000 people in North America and carried over 30 million passengers in 2016 on a fleet of over 400 aircraft.

Under the terms of the agreement, SkyWest would build at 135,000 square foot maintenance facility at Will Rogers at 6325 S. Portland Avenue, which would be directly south of Field Aviation. 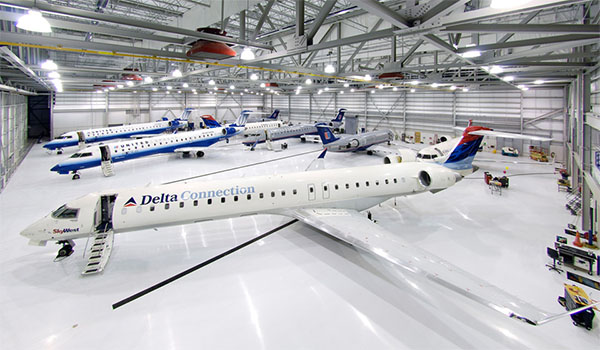 The Greater Oklahoma City Chamber of Commerce and economic development officials from Oklahoma City have worked with the company since 2016.